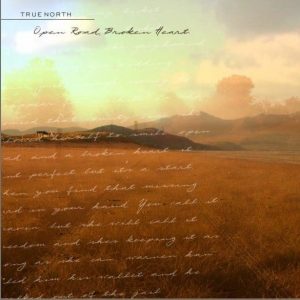 A Pacific northwest bluegrass quartet lining up as singer and ukulele player Kristen Grainger, who handles most of the songwriting, Dan Wetzel and Dale Adkins, variously providing guitars, banjo, uke and mandolin, and bassist Suzanne Pearce-Adkins and, this is their fourth album, one which shades the bluegrass with more folksier Americana.

It opens with the cello adorned ‘One-Way Ticket’, from whence comes the album title, a snapshot of three characters in search of escape and freedom, the first still wearing her wedding dress, all finally allowing themselves a smile despite the downbeat circumstances.

‘Small Wonders’ picks up the pace with a banjo-driven bluegrass bounce, but the tempo drops again for the country hued ‘Dark Horse Bar & Grill’, a dreamily acoustic love letter ballad to the places we go to forget out troubles with “a special vault, for storing things that aren’t your fault.”

The mix of melancholia and optimism informs much of the album, there on Sunday Night Blues with its lonesome reminiscences of the past and things left behind, the banjo dappled You Come Around and, especially, on the slow waltzing, funeral-set ‘Ratio Of Angels To Demons’, a song about a Wetzel harmonising on the chorus where she sings how “you played scissors and fate it played rock and wins every time.”

A particular highlight is the gently jogging folksy cycle of life-themed duet ‘Seed, Lead, Flower, Seed’ that calls to mind the best of Gordon Lightfoot, and is another very good reason to set your compass in their direction.